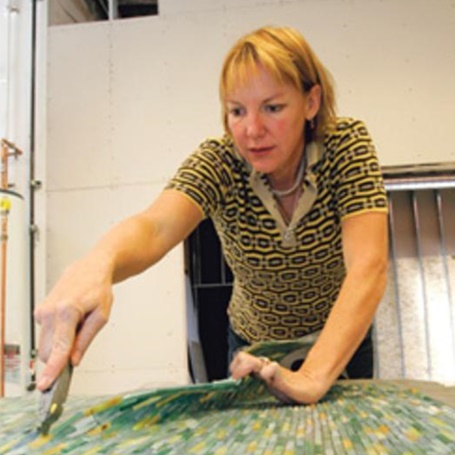 Erin’s work has graced the homes of Cameron Diaz, Jack Black, Burt Bacharach, Sharon and Ozzy Osbourne, and many other celebrities, and her designs have been featured on MTV’s The Real World, HGTV’s Dream Home 2010, and the LifeStyle channel’s Women on Top. She has also received accolades in Dwell; O, The Oprah Magazine; and Architect; and has won numerous awards for her work.

Erin’s reputation traces back to Erin Adams Design, where from 1998 to 2010 she was the exclusive creator of six collections for Ann Sacks Tile and Stone. In the 1990s, Erin was commissioned to design the lobby for famed fashion designer Cynthia Steffe. Her work for Steffe included a groundbreaking twelve-by-eight-foot mosaic rug for the foyer of Steffe’s showroom.

The mosaic tile rug has been featured in many national publications, and earned Erin numerous commissions for similar pieces from celebrities and major hotels in New York City, including Versace and Donna Karan. Erin graduated from University of Texas at Austin and then went on to study for her master’s degree in ceramics at the Pratt School of Art and Design. 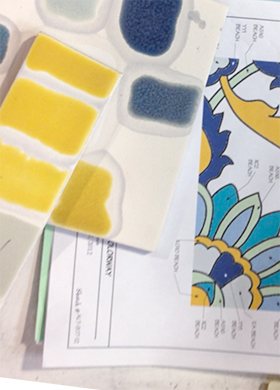 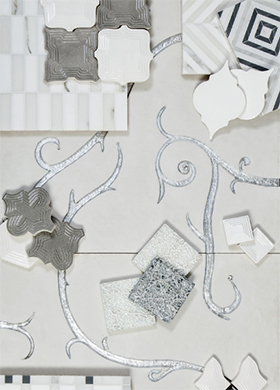 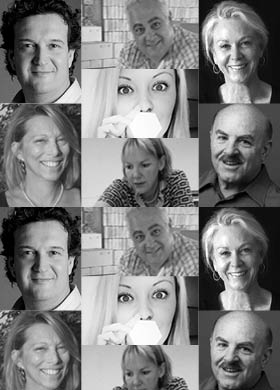 Contact us for free tile design consultation and mock-ups